Almost 170 years ago, the city of Chicago erected the Randolph Street Market Hall that originated the Fulton-Randolph Market. At the time, Randolph Street was focused on providing produce foods and two blocks away, on Fulton Market Street, the city’s meat-packing industry paved the way for massive economic success.

Today, Fulton Market has developed into one of the country’s fastest-growing neighborhoods. As America’s shift towards urban environments sped up after the economic recession, the neighborhood has undergone radical changes that make it an ideal environment for many would-be renters, fine-dining aficionados and some of the world’s most exciting companies.

Let’s explore Fulton Market’s history and present trends to understand what makes the area such a fruitful environment for retailers and locals.

A Tale of Two Recessions 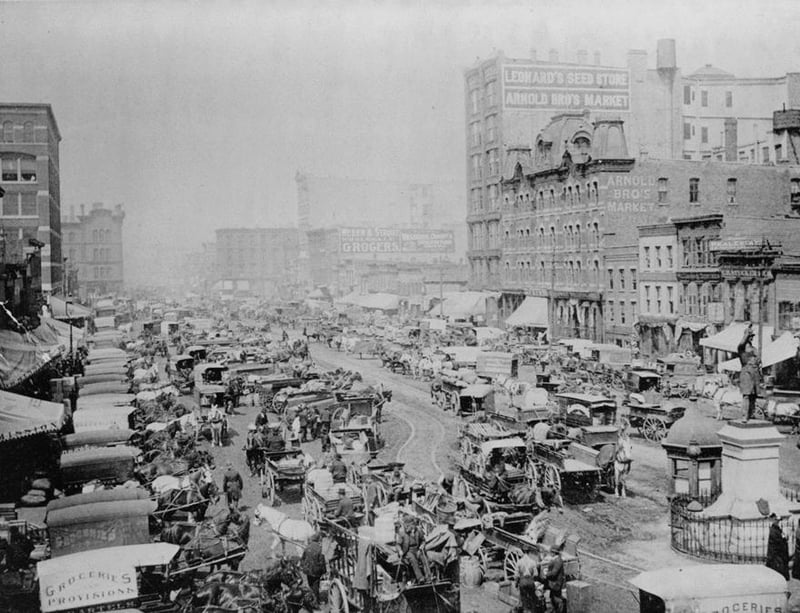 Fulton Market has played a key role in making Chicago an economic powerhouse. Much of the original residents constructed warehouses that were designed to house large mechanical equipment and needed easy ventilation, so the structures feature open floor plans and abundant windows. 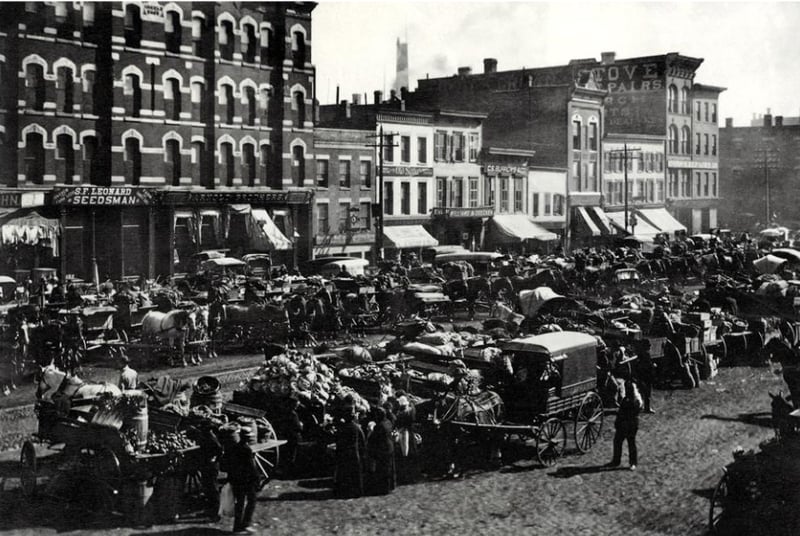 The neighborhood boomed until the Great Recession stalled economic growth. Facing financial hardships, many of the businesses that made Fulton Market great shuddered and froze until 1988 when Harpo Studios, home of the Oprah Winfrey Show, settled in the neighborhood and drew attention to Chicago’s West Loop. A few short years later Randolph street had become home to several exciting chefs and earned it the nickname “restaurant row.”

While many businesses continued to market and distribute food, neighboring thoroughfares were being revitalized to reflect and foster the urban life, culture and energy for which the area is known. 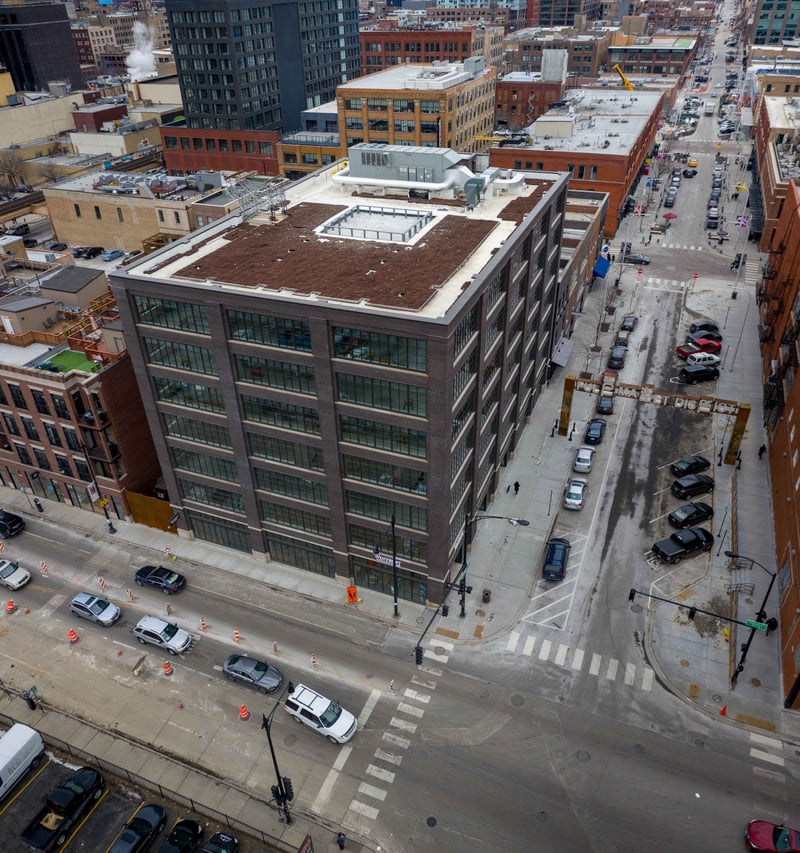 Fulton Market emerged from the Great Recession of the mid-2000s as one of the hottest development commercial and residential markets in Chicago. Over the last 10 years, growth in the Fulton Market neighborhood has been accompanied by an explosion of new businesses planting their roots in the community.

Between 2008 and 2016, over 4,100 residential units were built in the neighborhood, with thousands more still planned. Currently, a $20 million Streetscape project is reshaping the area to make it extremely friendly for pedestrians.

In turn, an increasingly diverse roster of companies is moving into Fulton Market as it establishes itself as a hotbed of restaurants, chic hotels, commercial offices and corporate headquarters. Today, 23.3% of occupied square feet ace is tech firms. Commonly known as “the Google effect when large, innovative companies move into an area their presence attracts young, affluent renters, which attracts high-end retail businesses and top-of-the-line nightlife and dining options.

This has added more convenience for residents and made the neighborhood a hub for employers like Google, McDonalds, Boeing, Uber, Motorola, United Airlines and even Knoll Inc who prefer the boutique atmosphere of Fulton Market over the commercial real estate spaces available in Chicago’s Loop. 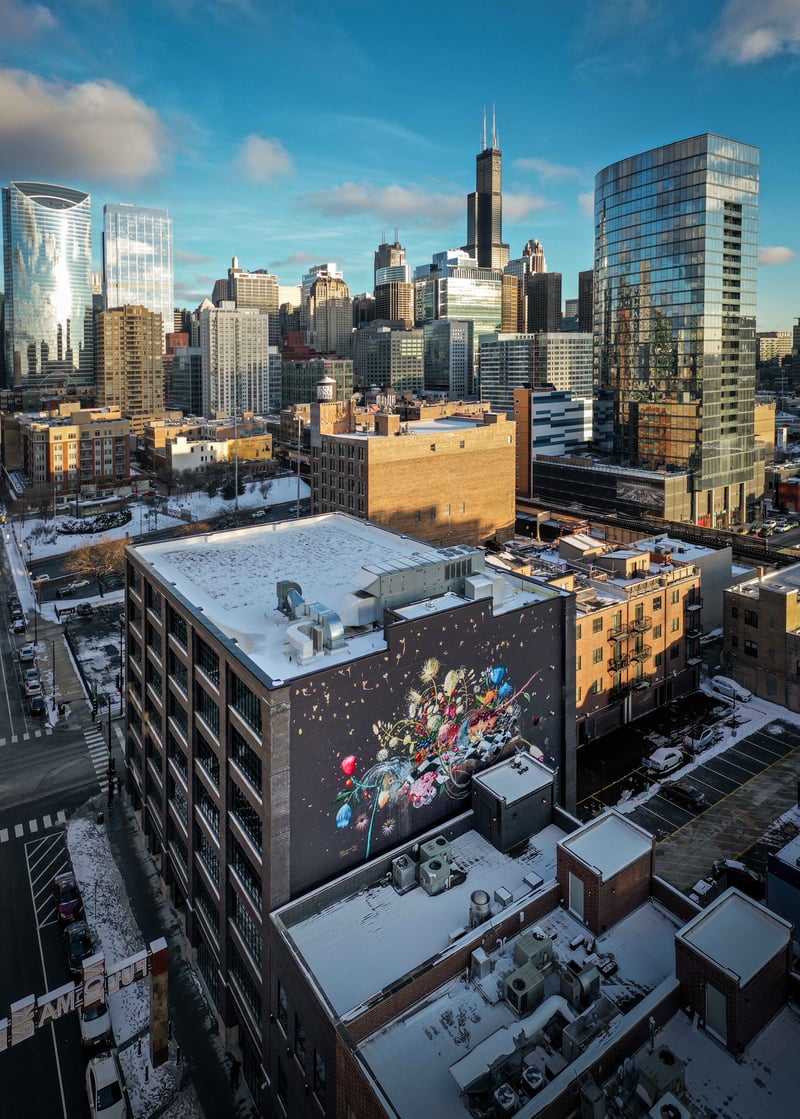 The things that make Fulton Market a great place to live and work also make it a top destination for tourists. World-class restaurants line the streets, including Michelin star-rated Oriole, Blackbird, Roister, Sepia, and Smyth and other citywide favorites like Au Cheval, Avec, Girl & the Goat, Lena Brava, Monteverde, Next and Publican.

In 2014 Soho House opened to become the second large hotel in Fulton Market and has become a gathering place for networking and collaboration amongst creatives. The success of Soho House, combined with the huge growth of businesses of all sizes, has led to a sharp increase in the number of planned Fulton Market hotels, with more than 850 rooms scheduled for delivery in the next eighteen months.

After nearly five decades living in the Merchandise Mart, iconic design and furniture company Knoll Inc. is relocating to Chicago’s Fulton Marketing District. The company will occupy the entire sixth and seventh floors and part of the fifth floor in the building, or a total of 24,000 square feet of showroom and office space.

For a company like Knoll, the Fulton Market area and its warehouse-style spaces offer a commercial and office footprint that is ideally suited to display their innovative products, many of which blur the traditional line between residential/hospitality and commercial furnishings. Fulton Market is a strong compliment for Knoll’s forward-thinking philosophy and positions the company for a new stage of growth in the Chicago region.